Freezing, in food processing, is defined as a method of preserving food by lowering the temperature to inhibit microorganism growth.

In the past, freezing food was as simple as surrounding it with a block of freshly carved ice to keep its core temperature lowered. While the technology and methods have changed over the years, the basic idea remains the same – to lower the food’s temperature to a suitable degree where germs and bacteria are unable to thrive, therefore increasing the life of the food.

Freezing preservation retains the quality of agricultural products over long storage periods. As a method of long-term preservation for fruits and vegetables, freezing is generally regarded as superior to canning and dehydration, with respect to retention in sensory attributes and nutritive properties (Fennema, 1977). The safety and nutrition quality of frozen products is emphasized when high-quality raw materials are used, good manufacturing practices are employed in the preservation process, and the products are kept in accordance with specified temperatures.

Also, rapid freezing improves the quality of the food. The faster the food freezes, the smaller the crystals that form. Small crystals do less damage to cell walls. Slow freezing produces large ice crystals that punch through cell membranes.

In the following years, scientists and researchers continuously worked to achieve success with commercial freezing trials on several food commodities. Among these commodities, fruits were one of the most important since freezing during the peak growing season had the advantage of preserving fruit for later processing into jams, jellies, ice cream, pies, and other bakery foods. Although commercial freezing of small fruits and berries first began around 1905 in the eastern part of the United States, the commercial freezing of vegetables is much more recent. Starting from 1917, only private firms conducted trials on freezing vegetables, but achieving good quality in frozen vegetables was not possible without pre-treatments due to the enzymatic deterioration. In 1929, the necessity of blanching to inactivate enzymes before freezing was concluded by several researchers to avoid deterioration and off-flavors caused by enzymatic degradation.

Today, freezing is the only large-scale method that bridges the seasons, as well as variations in the supply and demand for raw materials such as meat, fish, butter, fruits, and vegetables. Besides, it makes the possible movement of large quantities of food over geographical distances (Persson and Londahl, 1993). It is important to control the freezing process, including the pre-freezing preparation and post-freezing storage of the product, in order to achieve high-quality products (George, 1993). Therefore, the theory of the freezing process and the parameters involved should be understood clearly.

The freezing process mainly consists of thermodynamic and kinetic factors, which can dominate each other at a particular stage in the freezing process (Franks, 1985). Major thermal events are accompanied by a reduction in the heat content of the material during the freezing process as is shown in Figure 1. The material to be frozen first cools down to the temperature at which nucleation starts. Before ice can form, a nucleus, or a seed, is required upon which the crystal can grow; the process of producing this seed is defined as nucleation. Once the first crystal appears in the solution, a phase change occurs from liquid to solid with further crystal growth. Therefore, nucleation serves as the initial process of freezing and can be considered as the critical step that results in a complete phase change (Sahagian and Goff, 1996). In air-blast tunnel freezers and belt freezers, precooled air at approximately −40 °C is blown over the food products. Packaged foods, such as fruits, vegetables, bakery goods, poultry, meats, and prepared meals, are usually frozen in air-blast tunnels. The packages are placed onto dollies or hand trucks and then rolled into the freezer tunnels. In a belt freezer, food is placed on a conveyor belt that moves through a freezing zone. Bakery goods, chicken parts, and meat patties are frozen using a belt freezer.

Fluidized-bed freezers are used to freeze particulate foods such as peas, cut corn, diced carrots, and strawberries. The foods are placed on a mesh conveyor belt and moved through a freezing zone in which cold air is directed upward through the mesh belt and the food particulates begin to tumble and float. This tumbling exposes all sides of the food to the cold air and minimizes the resistance to heat transfer at the surface of the food.

Plate freezers are used to freeze flat products, such as pastries, fish fillets, and beef patties, as well as irregular-shaped vegetables that are packaged in brick-shaped containers, such as asparagus, cauliflower, spinach, and broccoli. The food is firmly pressed between metal plates that are cooled to subfreezing temperatures by internally circulating refrigerants.

Cryogenic freezing is used to freeze food at an extremely fast rate. The food is moved through a spray of liquid nitrogen or directly immersed in liquid nitrogen. The liquid nitrogen boils around the food at a temperature of −196 °C (−321 °F) and extracts a large amount of heat. 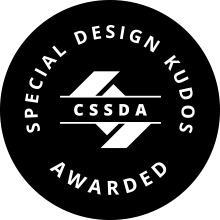